Bash or Bourne-again shell is one of the most popular shells and command languages for Linux VPS enthusiasts. It was first released in 1989 and was used as the default shell for most Linux distributions ever since.

Bash scripting allows users and system administrators to automate processes and save hundreds of hours of manual work. It’s worth mentioning that Bash is also available for Windows and macOS.

What Is Bash Scripting Used For

Bash is a command-line interface interpreter that runs in a text window where users can manage and execute shell commands. Bash – or shell scripting – on the other hand is the process of writing a set of commands to be executed on a Linux system. A file that includes such instructions is called a bash script.

To put it simply, the bash interpreter reads the bash script and executes the commands at the same time. For example, a Linux user can execute hundreds of commands with a single click instead of inputting them one by one. For this reason, bash scripting is the go-to choice for increasing productivity, setting up automation, and eliminating repetitive tasks.

The following section will cover 25 of the most popular bash scripting examples, including variable manipulation and echoing out various values. We will also cover functions, arrays, loops, and much more.

Hello World is the most simple bash script to start with. We will create a new variable called learningbash and print out the words Hello World. First, open a new shell script file with a text editor of your choice:

Paste the following lines into it:

The first line (/bin/bash) is used in every bash script. It instructs the operating system to use a bash interpreter as a command interpreter.

The echo bash command can be used to print out text as well as values of variables. In the following example, we will showcase how quotation marks affect the echo command. We will start by opening a new bash script file:

This simple bash script example will create a new variable and print it out while using different quotation marks.

Then, paste in the following simple script:

A bash script can always be terminated by clicking CTRL + C without waiting for it to finish its operation.

wait is a built-in Linux command that waits for completion of running process. The wait command is used with a particular process id or job id.

Here’s how to create a wait bash script. Begin by creating a new bash file:

Paste in the following:

Important!If no job ID is provided, the wait command waits until all child background jobs are completed.

Users can easily add comments to their bash scripts with the # symbol. It is extra useful if you’ve got a lengthy script that needs explaining on some lines.

Then paste in the following:

Keep in mind that bash comments are only visible on a text editor.

Then, fill it with the script below:

In the above example, an age value was entered by the user. The output was then printed via the echo command.

A loop is an essential tool in various programming languages. To put it simply, a bash loop is a set of instructions that are repeated until a user-specified condition is reached. Start by creating a loop bash program:

Then paste in the following:

This will work as a countdown to infinity until you press CTRL + C to stop the script.

Now that we’ve tested the while loop, we can move on to the for loop. Create a bash file for it:

It should contain the script below:

The script prints out numbers from 2 to 10 while adding the seconds keyword to it.

A bash array is a data structure designed to store information in an indexed way. It is extra useful if users need to store and retrieve thousands of pieces of data fast. What makes bash arrays special is that unlike any other programming language, they can store different types of elements. For example, you can use a bash array to store both strings and numbers.

Create a new file in the current directory:

Combine the freshly learned for loop with a new indexed array:

The script iterates over the IndexedArray and prints out all the values.

The most popular and widely used conditional statement is if. Even though the if statement is easy to write and understand, it can be used in advanced shell scripts as well.

Begin with a new bash file:

Paste the code below in it:

This script creates two new variables and compares whether they are equal or not.

A bash function is a set of commands that can be reused numerous times throughout a bash script. Create a new file:

Then, paste in the following code – it creates a simple Hello World function.

There are a couple of ways of counting string length in bash. We’ll talk about the simplest. Create a file named stringlength.sh:

Fill it with the following:

Here, the # operator is used to get the length of the string variable.

If users need to remove unnecessary parts from strings, they can use the Bash string extraction tools. Start by creating a new bash script:

The following script has 4 values, 3 of them being strings. In our example, we will extract only the number value. This can be done via the cut command. First, we instruct the command that each variable is separated by a comma by using the -d flag. Then we ask the cut command to extract the 5th value.

In another example, we have a string that is mixed with some numbers. We will use expr substr commands to extract only the Hostinger text value.

Another useful bash script for strings is find and replace. Create a file named findreplace.sh:

Then paste in the following bash script:

The find and replace functionality doesn’t require any special commands, it can all be done with string manipulation.

Concatenation is the term used for appending one string to the end of another string. Start by creating concatenation.sh file.

The most simple example would be the following:

The above script will connect the values of firststring and secondstring variables creating a whole new thirdstring.

The script uses the += operator to join the strings. With this method, you can concatenate strings with only one variable.

Odd and even numbers can be easily divided using the if statement and some simple math. Create a file named evenoddnumbers.sh:

The script uses the read command to read user input and divides it by 2. If the answer is 0, the number is even.

The following script will ask the user to enter a number they want to get the factorial of and use a for loop to calculate it.

Then paste in the following code:

The script creates 4 main directories: Math, English, Geography, and Arts. The Notes, examresults, and portfolio subdirectories are also created inside each.

If you were to replace the / symbol in the middle with _, the script would look like this:

Here’s the output for it displaying a merge of the two directories:

In order to read a file in bash, you will need to create a sample file first. Do so with the following command:

Fill it with some sample data:

Then create the actual script file:

Fill it with the following lines:

Running the script results in this output:

We’ll print a file with its line count. Let’s create it first:

In our example, we will fill it with our favorite car brands:

Save the file and create a new bash script:

Then paste in the following code:

The file contents of cars.txt match the printout of the while loop script.

The following script will create a new file named cars.txt, and then – with the help of the if statement – check if it exists and delete it.

Copy and paste the following script:

Running the script results in the following output:

Inodes represent data units on a physical or virtual server. Each text file, video, folder, HTML file, or script is 1 inode. We’ll check how many inodes there are in a directory, as too many can cause the system to slow down significantly. Start by creating the bash script:

Paste in the following code – it will check inodes in descending order as well as show disk usage in a given directory:

It will look something like this on the command line:

The given directory has 15 inodes and all files take up 20KB.

It is possible to send mail via bash scripts as well. In order to do so, users first need a functional mail transport agent. On Ubuntu 20.04, the installation command will look like this:

Here are its contents:

Important!The above script is meant for testing purposes only as it won’t work normally with services like Gmail. We recommend using PHPMailer instead.

Keeping the system and all of its applications up to date is crucial. You can create a bash script to do it. Mind that this script requires root privileges. First, create the bash script file:

Fill it with these lines:

Make sure to preface the script with the sudo command when you run it:

Important!Apt package manager is used on Debian based distributions only. If you’re using a different distribution, make sure to update the command accordingly.

The following script will list a few important server metrics: system’s date, uptime as well as memory, and network usage statistics. We’ll start by creating a new file for it:

Here’s the script for it:

Linux bash scripting is extremely useful for users looking to convert complex sequences of commands into one script effortlessly. Even if you are a casual user, you can make your life easier by automating simple tasks like updating packages or putting your system to sleep.

In this tutorial, we’ve covered the basics of bash scripting and how can it be used to automate tasks and increase productivity. We’ve also listed 25 of the most common simple bash scripts that you can try out.

We hope this article has helped you understand bash scripting better. If you have any questions or comments, leave them below. 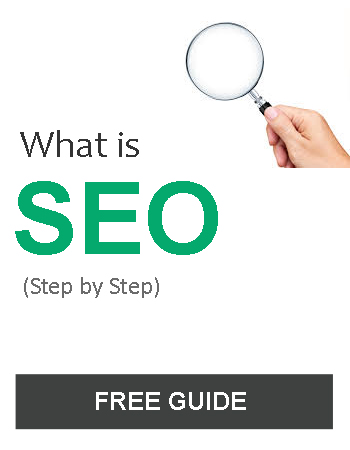